Matt is the Lead Pastor of CrossLife – a baptist church which has campuses at Helensvale, Southport and Upper Coomera. Matt loves Jesus and wants to help everyone follow him and love each other like Jesus loves us.

Since arriving on the Gold Coast from Sydney in 2002, he has promoted community development through the local church in this fast growing corridor through involvement in not-for-profit governance and establishing new venues for community social capital in new suburbs. He led CrossLife through the journey of planting the Upper Coomera “Lakeside” campus with a community centric venue with neighbourhood shops, a community centre and a child care centre. The Lakeside centre won a 2015 Planning Institute of Australia (QLD) Award for the potential for the project to be repeated in not-for-profit settings in new communities across the state.

In late 2017 the second community node at Upper Coomera, ‘The Well’ opened with space for a medical centre, gym, Outside of School Hours Care centre, café, community offices and a community function centre.

Matt was born in Sydney and practised law before he moved into vocational Christian ministry. He is a past Chair of the Crusader Union of Australia, past member of the SIM National Council and the Morling College Council. He is married to Robyn and they have three sons, Stephen (22), James (20) and Ben (18). 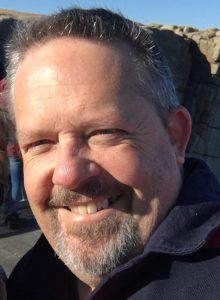